We Provide Professional Services Throughout The New Jersey

For Over 27 Years, Proudly Serving NJ With More Than

What Our Clients Say

I am a fairly new resident of Meadow Lakes. I want to tell you what a Super Job the three men who are taking down several trees today. They are working right outside of my apartment patios and are doing a very professional job! They know what and how do their job. They know how to use their equipment. They know how to have all parts of the tree to drop where it does not hit any building or personal property!! They are the GREATEST! They are Tree Surgeons. I lived for 65 years on a heavily treed lot in Cranbury on the lake. I had many trees trimmed and cut down by other tree professional and I can tell you these men are doing a much more professional job than any of the professionals I had to do my tree work.

Thank you very much Jon for a very nice job today at 4 Village Rd. Your crew were very professional, skilled and nice guys to have working on the property. I appreciate your help in starting to smarten the place up!

The Tree-Tech men did an excellent job. Please thank the men and George Chalsen. I realize it was an extremely busy time due to Hurricane Sandy. Thanks you again.

Get Free Consultation from our Highly Certified Arborists near You!

TREE-TECH is a member of TCIA and licensed by NJDEP. Employees of 9 locations including several certified Arborists.
Our Arborists are certified by ISA and NJCTE. Kate S. Tomlinson, Publisher and Editor in Chief of New Jersey Monthly,announced the winners at a dinner on September 29, 2015, at the Palace in Somerset, N.J. Here is the complete list of 2015 Great Oak Award honorees:

Recognition is based on a multi step process:New Jersey Monthly first asked leading charities to nominate the for-profit businesses that have been most generous to them, in terms of financial support, in-kind giving, volunteerism and sharing expertise. Next, the nominated companies were asked to submit data and commentary on their charitable contributions and volunteerism. Based on these submissions, New Jersey Monthly chose 64 finalists. Finally, ten honorees were selected by an independent committee of judges: Abby O’Neill, principal of Abby O’Neill Consulting LLC; Hans Dekker, president of the Community Foundation of New Jersey; and Dennis Miller, president of Revitalizing Your Nonprofit Board.

“Finalists and honorees range from small companies to some of the state’s largest,” says Tomlinson. “They represent diverse industries and support a myriad of charities and causes. Yet, they all have one thing in common—a passion for helping to make life better here in the Garden State.”

The magazine will showcase the Great Oak Awards winners in the December issue. Nominations for 2016 are now open. To nominate a for-profit, New Jersey-based company, go to njmonthly.com/greatoakawards.

TREE-TECH offers a perfect and clean tree cut service. And each job is performed to complete customer satisfaction.
more...

TREE-TECH’s full service operation can handle any scope of project, big or small, or removal of decaying tree branches.
more...

Deep Root Fertilization is the process where a nutrient solution of high quality and organic purity is injected into the root zones of a tree.
more...

Deer ticks are the primary transmitters of Lyme disease, an inflammatory disease characterized at first by a rash.
more...

Keeping your plants and shrubs in top condition require more than just fertilizer and the occasional rain shower.
more...

Merit is based on insecticide Imidacloprid used to help control pests and insects on trees.
more...

Those Are Just A Few Main Services, There Are Plenty More For You

GET SERVICE WITH NO COMPROMISE

Here’s the Good Stuff. Some of our best work is featured below

We are glad to announce each service area project as part of the TREE-TECH family . The most complete and trusted tree and lawn care services. 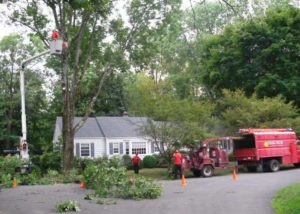 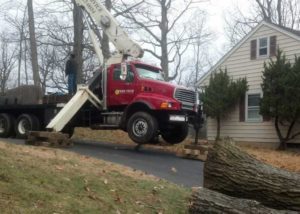 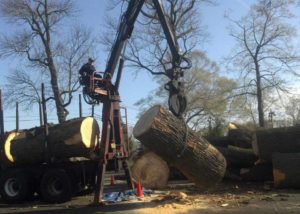